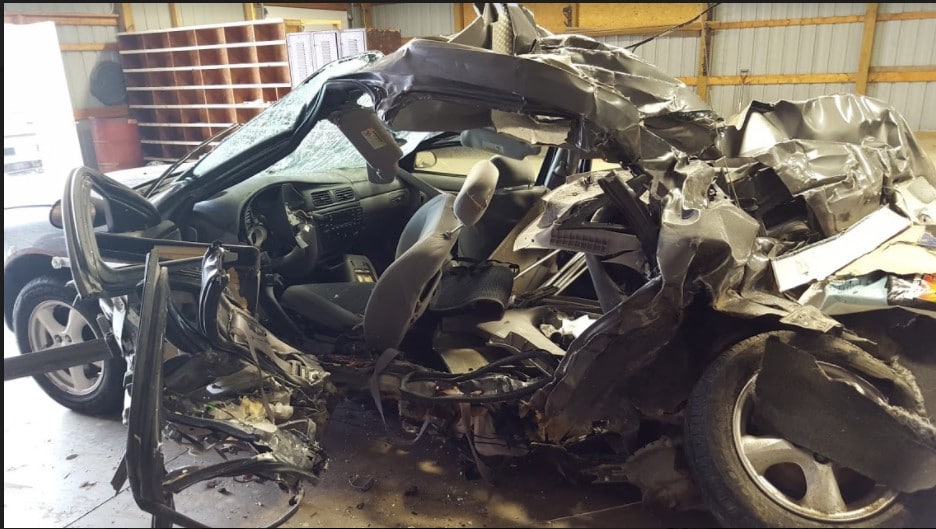 A little over three years ago things changed for Jacob Lewis.

An athletic big man on the basketball court—his future appeared to be one of a four-year contributor to the Defender program.

To look at the vehicle I just shake my head.

He was airlifted from the site.

No walking for three months.

And there are two weeks in his life that are just gone from his memory while his body recovered before he woke up.

And he’d never play a competitive game of basketball again.

The recovery has been a long one and I’ve watched from the shadows as Jacob worked to find his way through his college experience.

I’ve had different Dordt supporters ask about Jacob and his recovery, so, I thought why not ask him if he’d give us an update?

As Jake sat across the desk from me the most amazing part of this story, in my opinion, is that Jacob has worked himself into a position to graduate on time (4 years) and when he gets his diploma four weeks from now I’ll smile and know that the only people who truly know how challenging this journey has been are Jacob and his family.

Congratulations Louie. I think I speak for everyone in our athletic department when I say I couldn’t be happier for you to get to this point and I look forward to watching your next moves.

And for those of you who take the time to invest in our students and athletes, whether large or seemingly small, know this, you are impacting them with your encouragement. 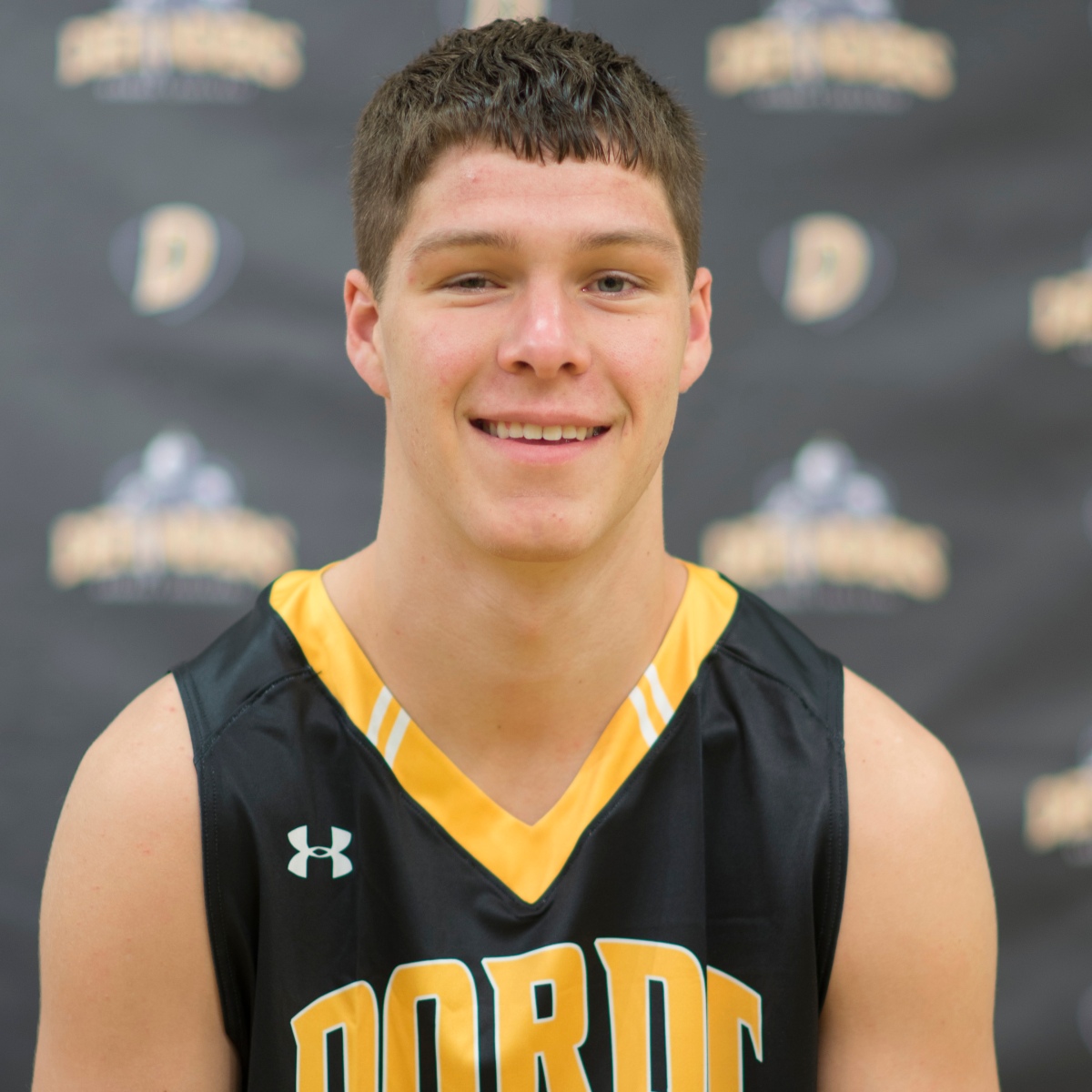 On March 24, 2016, there isn’t a whole lot that I remember. I remember leaving home in the morning to head back to campus and then nothing for about two weeks. It was very difficult to wake up and hear about what had happened.

Personally, the most difficult part of this whole process was having to be stuck in bed for over a month away from home.

Having spent time away at school, you’d think you would get used to not being home. But when you can’t do anything and are constantly having to rely on people for everything, it doesn’t matter whether you were at college or not.

You only want to go home.

You only want to go home.

It’s what drove me.

I remember thinking, “the more time I spend in the gym doing therapy, and doing exercises on my own, the sooner I can go home.” This mindset for me got me out almost a week earlier than what was expected.

For someone as banged up as I was, I feel like I have come a long way in my recovery.

When it comes to normal, everyday stuff, I hardly feel anything. It would be hard for someone who didn’t know my history to know what was wrong but they would notice some things if I tried to play sports of any kind.

I currently have arthritis in my hips, which doesn’t allow me to do much athletically.

Junior year, I tried to make a comeback and just realized that my body wasn’t going to let me. It was tough. In my head, I knew what to do, how to react, where I needed to put my body to be in the best position. For me to move laterally, I have to think about what I’m going to do well before it happens. Before, the second I needed to move, I’d be able to do it.

There are definitely some good days and bad days where either I don’t feel anything at all or just getting off the couch is hard. But for me, it is definitely worth it considering the alternative outcome that could have happened.

One thing that I learned is that life is short. I distinctly remember reading an article and our previous head coach, Ross Douma, had said, “Sometimes with a young college athlete they kind of have a sense of invincibility.” That really resonated with me in more than one way as I felt that it couldn’t be more true.

I distinctly remember reading an article and our previous head coach, Ross Douma, had said, “Sometimes with a young college athlete they kind of have a sense of invincibility.”

Growing up playing basketball, I never really had any major injuries. I would roll an ankle probably more than anyone else I had met but it was never anything huge. I was otherwise always healthy. I had teammates or friends who would have gotten hurt and think to myself, “nah that won’t happen to me. I treat my body right and I’m an athlete. What are the odds?” Well, the odds aren’t high, but they are there. And that they can happen to anyone.

It opened my eyes and made me realize that you need to play each game like it’s your last, because it might be over sooner than you expected and if that happens, you don’t want to have any regrets. When it does happen, it makes you reevaluate where you are in life.

It opened my eyes and made me realize that you need to play each game like it’s your last, because it might be over sooner than you expected and if that happens, you don’t want to have any regrets.

Where you are going.

What do you want to change.

I began to understand that life is short, shorter than I thought.

For me, I turned my focus on developing better relationships with my friends, family, and with God. Those are the important aspects of life. That it shouldn’t be put off until later but done in the here and now.

I turned my focus on developing better relationships with my friends, family, and with God.

When I came to Dordt, I remember thinking “is this the right place for me?”

I think it is something that everyone just graduating is thinking. No one wants to choose a place that they aren’t going to like. After the accident, I thought for a long time about if I wanted to come back or transfer somewhere else. Then I realized that Sioux Center was the place I needed to be.

The environment, the community, people on campus. It is something that you don’t get anywhere else. To have people you don’t even know looking out for you and wishing you the best. It is something it I grew to appreciate and, in the end, had a big influence on the reason why I came back to Dordt.

I knew I still wanted to be a part of the team–to be around my teammates and coaches, who in my first year had become my family at Dordt was one thing–but I knew that I wanted to be apart of Sioux Center and the Dordt communities again.  To know that there are people that genuinely care about me.

It made all the difference in the world.